A Calling? An Expectation? Or, A Choice?

I happened upon Rabbi Elana Zaiman while exploring Twitter one day. I was immediately struck by her description, “First woman rabbi in a family spanning 6 generations of rabbis.” Because I’m always interested in familial similarities, I was fascinated with the idea of coming from a family with so many generations of rabbis. I wondered if becoming a rabbi was an inherent desire or the expected thing to do. So, I asked Rabbi Zaiman if she wouldn’t mind answering those questions in a guest blog post, and she graciously agreed. 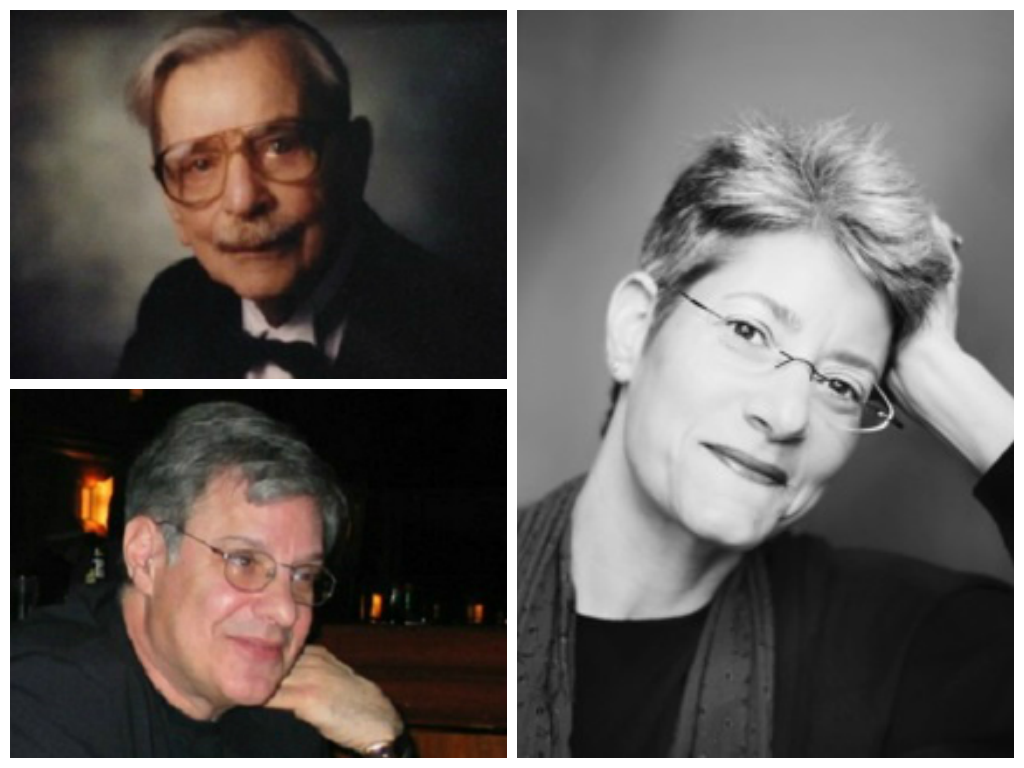 I am the first woman rabbi from a family spanning at least six generations of rabbis. I’m not sure why so many of my ancestors were rabbis. I imagine it had to do with living in Eastern Europe and continuing on in the family trade, a desire to become a rabbi, an expectation that this was what one was supposed to do, or, perhaps, limited career options. I do know from family lore, that my grandfather had wanted to become a doctor, but his family could not afford to send him to medical school.

Of all these rabbis, I only knew two: my grandfather and my father. And while I got to see my grandfather as an active congregational rabbi before he retired, it was my father whose rabbinical life I witnessed up close. He was an excellent teacher and public speaker with an engaging, powerful, and charismatic personality. He had strong values. He worked hard and valued hard work. Because he was such a public figure, I found myself watching him closely, and watching how others responded to him. I noticed that he was respected and admired not only by his congregation, but by the Rhode Island Jewish community at large. I, too, respected and admired him, so much so that I imitated him.

On Saturday mornings, when I did not go to synagogue, I would become “the rabbi.” I would set my stuffed animals in a circle on the floor of my bedroom, put yarmulkes on their heads, prayer books in front of their faces, and conduct the Saturday morning service, singing songs and announcing pages, perhaps even delivering sermons, though I don’t recall. I do remember walking around the outskirts of the circle, stopping at each stuffed animal, and turning his or her page.

At this stage of my life, however, I did not aspire to become a rabbi. Women were not rabbis. The Conservative movement—the branch of Judaism with which I was affiliated—was not yet ordaining women. Why would they? In many (most) Conservative synagogues women were not allowed to lead the community in prayer, nor were they allowed to read from the Torah. In my father’s synagogue the only honor given to women was pulling the drawstring to open and close the ark.

I also attended an Orthodox Jewish elementary school, where I was taught that the woman’s role was in the home and not in the synagogue. This irked me, because I could pray more quickly and with more fluidity than many of my male classmates, and because I had a real love for prayer and singing, unlike many of my male classmates. I questioned the fairness of the role of women in these settings, and remember once asking my father why women couldn’t be rabbis, but I asked these questions more out of a desire to understand than out of a desire to become a rabbi.

I had other plans. I wanted to become a child psychologist and work with special needs children.

My decision came from my love of Judaism, Hebrew, and liturgy, from my longing to create meaning in my life and in the lives of others. My decision came from a desire to counsel, serve, and inspire others from the heart. No, I wasn’t called to the rabbinate as in I had an epiphany that this was the path I had to follow. It was much less dramatic and much more logical. The rabbinate was a profession I had grown up with and somehow understood. It was a profession I could imagine myself in.

My father tried to dissuade me. In part, because he came from an Orthodox background and was not comfortable with women in the rabbinate, and in part because he anticipated that with the decision being so new, many Conservative congregations would not want to hire women rabbis. He was right. Initially, many congregations were not interested in employing women as rabbis, but by the time I was ordained in 1993, this was less of an issue than he had imagined.

My father was not the only one who was uncomfortable with me becoming a rabbi. It was hard for me too. Having attended an Orthodox Jewish elementary school and attended my father’s traditional Conservative synagogue, I sensed that becoming a rabbi was something tradition did not intend for me—a woman—to do. I had the sense that had my grandfather been alive, he would have had no trouble voicing his disdain at my career choice.

So, when I was accepted into rabbinical school, I spent several years in therapy trying to unlearn the distinctions that had been ingrained into my being, and to convince myself that it was okay for me, a woman, to become a rabbi, to lead a congregation in prayer, to read from the Torah, to officiate at baby namings, bar and bat mitzvahs, weddings, and funerals.

After three-and-a-half years as a rabbi in this congregation, I met Seth, a Jewish man who lived in Seattle. We dated long distance, married in the synagogue, and then I moved to Seattle where we began our married life. My last weekend at the synagogue was the weekend of our wedding. At that time my father said something like, “How can you leave? What will you do in Seattle? You’re a congregational rabbi. That’s who you are.”

I have only one child, a son, who is now fourteen. Will he decide to become a rabbi and carry on my family tradition? If I were to answer today, I’d say, no. He hopes to become a baseball player or a professional cyclist or a Navy Seal. But who knows? He’s only 14. He has plenty of time to change his mind. Maybe he’ll become an architect, a movie critic, or a history teacher. My only hope is that he finds a profession he loves, that brings him joy, that adds meaning to his life, and that enables him to affect the lives of others for the good.

Posted on September 15, 2014 by Rachael. This entry was posted in Guest Posts. Bookmark the permalink.